DAVIS COUNTY, Utah, Feb. 11, 2019 (Gephardt Daily) — An inmate at Davis County Jail was injured in the early hours of Monday morning when he fell from a bench onto a concrete floor.

A news release from Davis County Sheriff’s Office said at approximately 2 a.m., corrections staff received a man into the jail from Layton Police.

“Initial reports from Layton PD indicated the male had been suicidal and had been taken to a local hospital for evaluation,” the news release said. “He was evaluated and cleared by the hospital then transported to the Davis County Jail and booked on an outstanding warrant for his arrest.”

The male inmate was placed into an observation cell so staff could keep a close watch over him.

“At the time of the incident, a corrections deputy was watching the inmate when he stepped up onto a bench,” the news release said. “Before the deputy could reach him, the inmate fell backward from a standing position and hit his head on a concrete floor.”

Correctional officers and medical staff immediately rendered medical care to the inmate, who was initially unconscious but regained consciousness on the scene. An ambulance and medical helicopter were dispatched and the inmate was flown to Intermountain Medical Center with head injuries.

The inmate currently remains in the custody of the Davis County Jail and correctional officers accompanied him to the hospital. This is an active investigation, the news release said.

The inmate was not identified by officials. 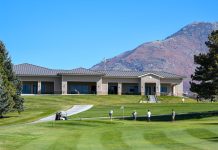