DAVIS COUNTY, Utah, June 20, 2019 (Gepahrdt Daily) — A Davis County man was arrested after allegedly beating his sons, age 11 and 14, with a belt and punching them in the face because the older child “snuck out of the house” and the younger one “covered for his brother.”

A probable cause statement from the 2nd District Court of Farmington said James Earl Rainey, 40, was arrested June 12 and charged with two counts of child abuse, a second-degree felony.

The probable cause statement said the 14-year-old victim ran from his home to a neighbor’s home because his father was physically abusing him. The neighbor transported the victim to the hospital where the police were contacted.

“The victim has extensive bruising and welts on his back, legs, arms and a mark on his eye,” the arresting officer wrote in the statement. “Victim was interviewed and he disclosed that his father hit him and his brother several times with a belt because he had snuck out of the house a week prior and his punishment was the belt, and proceeded to show the interviewer his arm with the welt on it.”

The victims were sent back to their rooms and later called back up to the father’s bedroom and the victims were beaten again with the belt and also punched in the face, the statement said.

“The 14-year-old victim disclosed that he is tired of getting abused and does not want to see his brother get abused anymore either,” the statement said. “When describing the belt, the victim said, ‘here is an outline of it on my arm.'”

“The 11-year-old victim disclosed that abuse happens like this all of the time in his house due to the family being from Alabama and beating your kids with a belt is acceptable,” the statement said.

Pictures were taken of the injuries and medical exams were completed by the nurse at the Children’s Justice Center.

Rainey was transported to the Davis County Jail where he’s being held without bail. 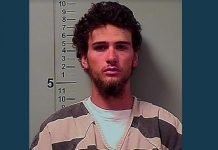 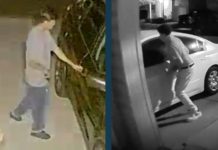 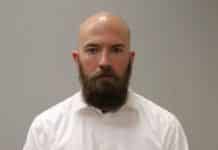