LAYTON, Utah, Aug. 31, 2016, (Gephardt Daily) — Three Davis County Sheriff’s deputies on a traffic stop along Layton Parkway Wednesday morning were at the right place at the right time to save a man’s life.

A middle-aged bicyclist collapsed beside the deputies’ patrol car as they loaded a suspect into it. The bicyclist was unconscious, unresponsive, and had no pulse.

The deputies, who are dual-certified as law enforcement officers and paramedics, “began CPR and advanced life support” according to the Davis County Sheriff’s Office’ Facebook page. An ambulance was called while the deputies continued life-saving measures. The officers were able to get a pulse and revive the biker before medics arrived.

In fact, the man was talking to deputies on the scene and told them he had just “done a 35-mile bike ride,” before he collapsed. One of the medics who worked on the biker and loaded him into the ambulance told deputies, “This is the best thing you could do in law enforcement or as a paramedic. This is something we will never forget.”

The opportunity to save a life while protecting and serving the community is certainly not “something that happens every day” according to the Sheriff’s Office.  But, the post said, the deputies were pleased their “training lead to a miraculous save.” 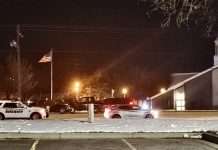