Linford succeeds Reid Newey, who announced his intent to retire at the end of the current school year. Linford currently serves as a secondary school director in the Davis School District.

“Linford is highly qualified and well-respected in DSD and across the state for his work ethic and academic rigor,” says a statement issued by the district.

“He has applied his teaching and administrative experience to support schools across the district in his director role. We see Linford as an innovative leader who will utilize his communication skills and open-minded approach to be a problem-solver and relationship builder.”

Linford is a graduate of a Davis School District school: Clearfield High. After his CHS graduation, Linford earned his bachelor’s degree in English teaching from Weber State University, and a master’s degree and doctorate in Educational Leadership & Policy from the University of Utah.

He has 23 years of experience in education, and began his educational career as a high school English teacher. In 2005, Linford moved into an administrative role as the assistant principal at Viewmont High School and then principal in 2011, the DSD statement says. He has served as a secondary director since 2016.

Linford officially begins his position as the superintendent July 1, 2022.

“We must partner with families from all backgrounds to improve education together,” Linford said in his application, the DSD statement says. “I believe powerful education is the great equalizer. Nothing provides greater equity for our students from all backgrounds than guaranteeing each of them a world-class education. We must ensure that our students are ready for a world that will continue to change rapidly and significantly.”

The Davis School District in October 2021 reached a settlement agreement with the Department of Justice’s Civil Rights division after a DOJ investigation found “serious and widespread racial harassment of Black and Asian-American students,” the agency’s news release said.

The district also pledged to investigate after the suicide of 10-year-old Izzy Tichenor, which her mother attributed to racial bullying.

A statement from the Davis School District Board says it “recognizes the unique challenges of our time and expects leadership that is accountable and equitable in working with all stakeholders.

“We look forward to continued excellence and progress in Davis District with Linford’s collaborative leadership and commitment to student achievement.” 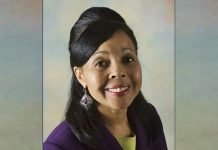