FARMINGTON, Utah, Jan. 6, 2022 (Gephardt Daily) — Davis School District Superintendent Reid Newey, who was appointed to the position in 2016 by the Davis Board of Education, has announced his retirement.

He will remain as superintendent until the end of the school year, according to a statement on Wednesday.

In an email to district employees, Newey thanked “all the outstanding administrators, teachers and staff in Davis School District, as well as the exceptional School Board members for their support and work over the past 5 years.”

The Board issued a statement expressing “our sincere appreciation to Superintendent Reid Newey for the work he has done on behalf of the students, teachers, staff members, and parents of Davis School District.”

“During his five and half years as superintendent, he has led DSD through some of the most challenging times education has ever faced,” the statement said.

Newey and the district have been at the center of a federal investigation into complaints of racism and bullying within Davis District schools. The need to uncover and eliminate any discriminatory behavior became even more urgent after the early-November suicide of a 10-year-old student who allegedly was bullied by other students and her teacher.

In October, the Department of Justice’s Civil Rights Division and the United States Attorney’s Office for Utah announced a settlement agreement with Utah’s Davis School District to address race discrimination in the schools.

DOJ investigators found “serious and widespread racial harassment of Black and Asian-American students,” the agency’s news release said. A DOJ statement said the department opened its investigation in July 2019 under Title IV of the Civil Rights Act of 1964.

After young Izzy Tichenor took her life on Nov. 6, reportedly after bullying related to her race and her status as a child with autism, the Davis School District appointed veteran educator Jacqueline Thompson to serve as assistant superintendent.

Thompson took on that role in early December, and her responsibilities include working on diversity and equity issues, as well as aiding in implementing related policies and procedures in accordance with the DOJ settlement agreement.

Newey has over 30 years’ experience in education and began his career as a teacher at Clearfield High School, according to his biography on the district’s website. He also worked as an assistant basketball coach at Utah State University and as teacher and basketball coach at Weber and Fremont high schools.

“Newey was instrumental in developing Weber Innovation High School where he also served as its principal,” the biography states. “The school offers an individualized approach to secondary education for students in grades 9-12. While attending, students earn college credit and can graduate with an associate degree.” 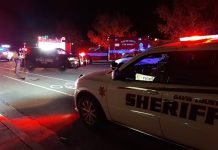