Buttigieg told members of the media Sunday that he will be breaking off from planned campaign stops in Texas and will instead make an announcement about his presidential bid later tonight from his home town of South Bend, Indiana.

Buttigieg, 38, was one of the youngest Democratic candidates seeking the nomination and the first openly gay candidate to mount a major campaign for the presidency.

Buttigieg, also known as “Mayor Pete,” is a graduate of Harvard and Oxford and a veteran of the war in Afghanistan, according to his Facebook page.

He spent eight years in office in South Bend, where he expected to make his speech Sunday evening. He was first elected mayor in 2011 at 29 years old, and re-elected in 2015.

Prior to South Carolina, Bernie Sanders had 58 delegates, Joe Biden had 50 and Buttigieg was in third place with 26 delegates.

The same day Bernie Sanders will hold a rally at the Utah State Fairpark at 155 N. 1000 West. The event will begin at noon.

A third of the convention delegates– 1,357 — will be awarded on Super Tuesday. It will take 1,617 total delegates to earn the nomination on the first ballot in the convention in Milwaukee, Wis., and a spot against President Donald Trump, the presumptive Republican nominee. 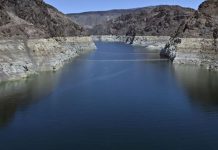 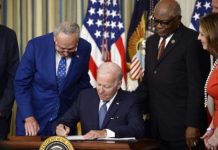