OGDEN, Utah, May 24, 2022 (Gephardt Daily) — An Ogden High School student accused of punching and kicking another student in an on-campus bathroom has been expelled for the remainder of the school year, district officials announced Tuesday.

The juvenile female student faces potential criminal charges from the May 18 incident that was captured on cellphone video and began circulating on social media.

Ogden School District spokesman Jer Bates confirmed that the student “was removed from school as soon as school personnel became aware of the incident and will not be allowed to return to school for the duration of the school year.”

“We will continue due process to meet the legal requirements to provide educational services for this student,” Bates states in a news release. “Appropriate disciplinary and behavior intervention steps in line with the severity of this incident will also continue. The Ogden Police Department and the Weber County attorney will oversee the criminal process related to this incident.”

Video shows the 17-year-old victim being grabbed by the head or hair and thrown to the floor, where the other student punches her in the head and face, and kicks her in the abdomen and back.

The victim was transported to McKay-Dee Hospital for treatment of a concussion, according to a story first reported by Telemundo Utah.

The injured student since has been “welcomed back to school and will continue to receive ongoing support from school and district counselors and administrators,” the news release states. “These supports will be individualized and targeted to the student’s specific needs.”

To preserve student privacy, no further public updates on the incident are expected, district officials said. 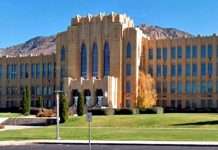 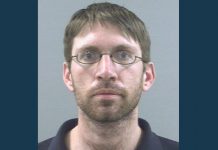