“After receiving support from the University’s President’s Cabinet, University Council, Student Association Executive Council, Faculty Senate and Staff Association as well as the Utah Board of Higher Education, all of the Utah System of Higher Education college and university presidents and a two-thirds majority of the Utah House of Representatives, we were taken aback to hear that the Utah Senate is not planning to hear House Bill 278,” says a statement released by the Dixie State University to Gephardt Daily.

DSU officials did not share the source of the information they were given.

“Since the meeting in which this decision was made was not open, we are not sure the reasoning behind it but are hoping to learn more in the coming days.”

The call for a name change began years ago, and was sparked by controversy surrounding the word “Dixie,” a term used for southern states during the time of slavery.

“This bill requires a process for the Dixie State University Board of Trustees, in consultation with the Utah Board of Higher Education, to select and recommend a new name for the institution to the Legislature,” the bills says.

On Dec. 14, Dixie State University’s board of trustees agreed to recommend removing the name “Dixie” from the university’s name after reviewing a comprehensive impact study done by independent research firm Cicero Group.

At that time, University President Richard Williams read a prepared statement: “The President’s Cabinet recommends that the Board of Trustees and the Utah State Board of Higher Education work collaboratively with the residents of Southwest Utah, DSU faculty and staff, the Utah State Legislature and the governor’s office to identify a new name for the institution that epitomizes DSU’s mission and values.”

In the new statement released Friday, Dixie officials said they hope the Senate will reconsider, and hear HB 278 during this session.

“The Dixie State University name change recommendation was never intended to erase our great history but to create a brighter future for our students. In that spirit, University administration strongly feels this bill deserves to be discussed publicly on the senate floor, where we are confident the bill has strong support.

“We believe that the Senate should fully hear and understand the intent, purpose, and impacts of this recommendation on our students, school, and state. The recommendation has been thoroughly vetted and received overwhelming support by the hundreds of experts in higher education, business, and government who are tasked with watching out for the best interests of our schools and students, including a veto-proof majority vote from the Utah House of Representatives. The University is grateful for the many individuals who have weighed in on this difficult topic.”

Read the full bill below. 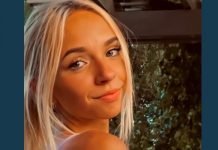