ESCALANTE RIVER, Utah, April 3, 2017 (Gephardt Daily) — A helicopter crew from the Utah Department of Public Safety rescued a family of four while on an unrelated search for a missing kayaker in Southern Utah.

During a search and rescue call for the missing kayaker, the DPS helicopter crew and a deputy from Garfield County came across the family, stranded along the Escalante River, according to a news release from the department.

“As the air crew searched the Escalante River for the missing kayaker, they noticed a group on the ground who were in obvious distress,” the news release said. “The helicopter team landed and discovered a family who had been stranded for two days.

“The family had crashed into boulders during high water after a big storm and lost their boats and paddles. The mom, dad and two teenage daughters were airlifted to the Escalante Airport.”

None of the family members were injured.

The original kayaker safely returned back to his camp on his own. 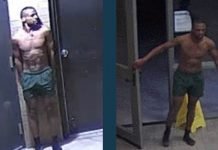