DRAPER, Utah, April 12, 2022 (Gephardt Daily) — Draper City police were able to find and remove a weapon brought to Draper Park Middle School Tuesday after being alerted by one or more students who saw the firearm and reported it through the SafeUT App.

“A teenage student brought a gun to school,” Evans said. “He showed the handgun to other students, and students did actually a really good job and did what they were supposed to do, and they reported it to the school through the SafeUT app.”

Evans said he wasn’t sure how many students reported the firearm, “but the school administration acted quickly. We have a school resource officer in the school was well, and the student was quickly detained and the handgun was secured.”

Evans said the teen had made no threats to hurt anyone.

“He said he didn’t have any intention of shooting at school, but he was claiming that he needed the gun for protection. We did find out that he stole the gun from a relative.”

The student was booked into juvenile detention for theft of the gun and possession of a firearm at the school, Evans said.

“We always encourage people to keep their guns locked up and obviously the say a safe is the best answer, the Draper Police Department and most other police departments hand out free gun locks.” 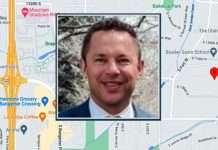 Pedestrian hit by motorcyclist in Draper dies of injuries

Police: Driver crashes while attempting to evade officers after vehicle burglary in Draper 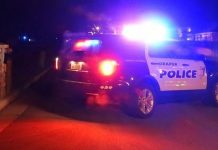