DRAPER, Utah, Jan. 16, 2018 (Gephardt Daily) — What started with a call about a trespasser late Monday night evolved into a multi-agency response to a man with a gun.

Draper Police Sgt. David Harris said the initial call came in a little before midnight, reporting people camping in a field near 700 East and 12000 South. The land is private property.

When officers arrived, they found a 32-year-old man at that location and spoke with him for a few minutes.

“As they talked to him about trespassing, he ran from them into the field,” Harris said.

The officers gave chase, but backed off when the man pulled out a handgun from either his pocket or waistband and put it to his head, threatening to shoot himself. He then ran deeper into the field.

Draper police called for more resources, and officers from other agencies responded to help set up a containment area. No one was sure where the man was or what his actual intentions were. It was only known that he had a gun.

A short while later, several people called 911 to report hearing a gunshot. Harris said the callers knew where the shot came from and gave that information to the police.

With the additional officers on scene, they began to move in on the man. He had shot himself but was still alive.

The fire department responded, and the injured man was transported to the hospital in critical but stable condition.

Harris said the Draper Police Department is handling the investigation. No outside agency is needed to investigate because no officers fired a weapon and the man didn’t fire at officers.

The weapon has been recovered.

Regarding the turn of events — from a trespassing call to dealing with a suicidal individual — Harris said, “We’re always ready for something, but I don’t think anyone expected this.”

This wasn’t the first time police have had to go to the area, as homeless people frequently camp there.

Detectives were on scene and expected to be there into the morning hours while the investigation continues.

Utah Department of Transportation sent out a tweet, advising drivers that 700 East at 11800 South in Draper was closed north- and southbound, and they should use an alternative route and avoid the area.

Gephardt Daily does not report on attempted suicide unless it affects the public, as in this case. 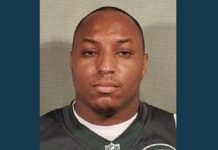 Suspect in custody after shooting in Draper