DRAPER, Utah, Nov. 16, 2020 (Gephardt Daily) — A Draper woman was arrested Sunday after allegedly attempting to kill her ex-girlfriend as well as the ex-girlfriend’s new partner, and to burn their house down.

A probable cause statement from the 3rd District Court of Salt Lake County said Adam Jiang Tien, 27, is facing charges of:

On Sunday, officers responded to a stabbing in the area of 12170 S. Emerald Peak Court, in Draper, the statement said. One victim called 911 reporting that Tien had stabbed both the victim and her new partner, who is the ex-partner of Tien, multiple times with a knife.

The two victims were locked in an upstairs bedroom with knife wounds, and advised dispatch the smoke alarm was going off and they believed Tien was trying to set the house on fire with a blow torch, the statement said.

“Officers arrived on the scene and Adam immediately dropped the knife and put her hands behind her back,” the statement said. “She was taken into custody and transported to Lone Peak Hospital for cuts on her palm and thumb. The hospital quickly treated the wounds and released her to the officers’ custody.”

While at the hospital officers heard Tien speaking with hospital personnel. The suspect stated she and her girlfriend moved to Utah to be close to an online friend, who was the second victim. Tien then became aware of a relationship between the two other women and was upset, the statement said. Tien lived in a basement bedroom, while the other two live upstairs at a residence.

“Officers described the bedroom the victims were in as a bloody scene,” the statement said. “There was blood on the walls, on the floor, and everywhere between the bedroom and the front door.”

The victims were transported to Intermountain Medical Center to be treated for their wounds, which were described as “severe defensive wounds to their hands and bodies,” the statement said.

A warrant for the home was granted and during a subsequent search, a bread knife, a small pink lighter and a blue barbecue-style lighter, all with blood on them, as well as a blue propane torch, were seized. There were portions of the home that were black from being burned, the statement said.

The suspect was interviewed and after being read her Miranda rights, police say she admitted to having a plan and a desire to kill the two women.

“On the morning of 11/15/2020, (Tien) she said she ingested a marijuana edible then went for a walk,” the statement said. “She explained she took the edible willingly and no one forced her to take the marijuana. During the walk, she explained she developed the plan to kill the victims.”

Tien said when she moved to Utah she was asked for $300 in rent and immediately her ex-girlfriend, who was one of the victims, broke up with her. Tien said she felt used and betrayed when she realized that the two women wanted to be together. She said she wanted revenge and went forward with her plan to stab the two and burn down the house with them inside.

Tien was transported to Salt Lake County Jail, where she is being held without bail. 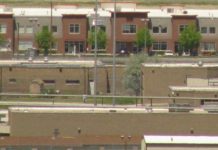