A probable cause statement from the 3rd District Court of Salt Lake County said Jesus Homero Mancinas, 23, is facing charges of failure to remain at the scene of an accident involving injury, a class A misdemeanor, and driving on a denied license, a class C misdemeanor.

On Friday at 7:15 p.m., the arresting officer was dispatched to a hit-and-run traffic accident involving a juvenile male, the statement said. A red Chevy Camaro was seen by video camera traveling westbound in the area of 4150 W. 5085 South.

“The Camaro was seen hitting an unknown object in the road and speeding away,” the statement said. “The Camaro struck a 7-year-old male riding his bike. The Camaro had the bike and one of the victim’s shoes attached to the car when it rounded the corner to leave the area.”

“The juvenile was struck and suffered several injuries, a laceration to the side of his head, road rash/scrapes all over his body, internal injuries, broken hips and a lacerated spleen/liver,” the statement said. “Several witness stated they heard the accident and saw the vehicle leave the area at a high rate of speed.”

The juvenile was transported to Primary Children’s Hospital in Salt Lake City.

Mancinas turned himself in, and was transported to Salt Lake County Jail with his bail set at $2,500. 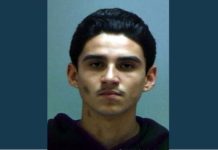 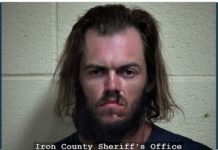 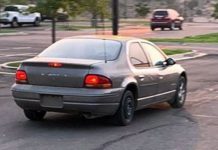