WEBER COUNTY, Utah, July 31, 2020 (Gephardt Daily) — A driver for a local towing company was transported to the hospital in serious condition Friday night after his truck went out of control on Powder Mountain Road.

Lt. Cortney Ryan, with the Weber County Sheriff’s Office, said the accident happened a little after 7:30 p.m. in the area of 4700 N. Powder Mountain Road.

A semi tow truck was bringing a vehicle down Powder Mountain and the driver lost control of the semi.

The driver was flown by air ambulance to an area hospital with serious injuries.

Lt. Ryan said mechanical failure is suspected, but has not been confirmed. A deputy who is assigned to commercial vehicle inspection was on scene later Friday night assisting with the investigation. 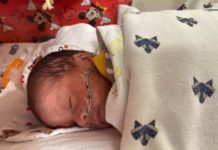 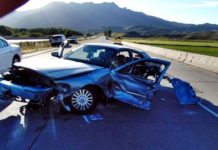