MIDVALE, Utah, Jan. 30, 2017 (Gephardt Daily) — Firefighters on Monday knocked down a fire in an abandoned home in Midvale.

He said the building, included the windows, was boarded up and the building was abandoned. Crews made entry and began to fight the fire; UFD was assisted by Sandy City and Murray City.

There were no injuries to firefighters. The exact extent of the damages was being determined. 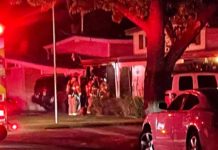 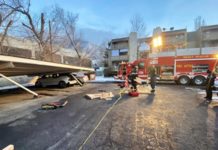 Unified Fire on scene after carport collapses in Holladay