PROVO, Utah, Oct. 28, 2020 (Gephardt Daily) — After the recent Range Fire burned through much of the Timpanogos Wildlife Management Area, the Utah Division of Wildlife Resources closed the property Tuesday until further notice.

The closure is an effort to avoid disturbance of the habitat restoration projects currently underway and to ensure public safety, said a news release from the Utah DWR.

The Range Fire was started by target shooting on Oct. 17, according to fire officials. It burned approximately 3,496 acres in total, including 2,000 acres or 85% of the DWR-owned WMA. As of Oct. 28, the wildfire was 93% contained.

As a result of the wildfire, the WMA will be closed to all recreational activities until further notice so DWR habitat biologists can begin immediate efforts to reseed and restore wildlife habitat in the area, the news release said. Parts of the WMA will be reseeded by hand beginning next week, and the rest of the area will be aerially reseeded at the end of November. The WMA is a critical wintering area for big game, and 2,000 acres will be reseeded this fall with a combination of native grasses, flowering plants and sagebrush.

“It is extremely important that we reseed the area early so that these favorable plants grow here rather than invasive cheatgrass, which not only increases future wildfire risks, but is also not beneficial to wildlife,” DWR Habitat Program Manager Mark Farmer said. “In order for these plants to be able to grow, we need people to stay out of the area and not disturb the reseeded areas during this restoration process. Unfortunately, we have already seen some new mountain biking trails that have been created across the burned landscape. This will not only destroy the new plants, but it is also not safe to be in recent wildfire burn areas due to possible erosion and landslides.”

In addition to providing future feed for wildlife, quickly restoring the habitat will also reduce erosion and flooding risks and will help protect the watershed and other water infrastructure for nearby communities.

“The entire WMA will be closed to the public, including foot, bike, OHV and horse traffic,” the news release added. “In April 2021, DWR habitat biologists will reassess the restoration efforts and plant growth and will determine if access to the Bonneville Shoreline Trail and the Great Western Trail — which both cross the WMA — can be reopened to the public. However, the rest of the WMA will be closed until further notice. Anyone caught trespassing on the WMA during the closure may be cited.”

Several wildlife water guzzlers on the WMA were also destroyed in the fire and will be replaced in the future. For more details about the restoration project on the Timpanogos WMA, visit the Utah Watershed Restoration Initiative website. 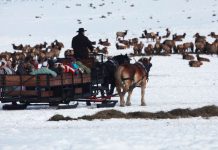 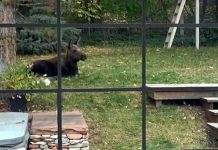