E. coli cases that likely are linked to Costco chicken salad also have been reported in six other states, including Colorado, Montana and Washington.

Costco on Friday pulled the product, labeled “Chicken Salad made with Rotisserie Chicken,” off the shelves, but consumers who may have the chicken salad at home are advised not to eat it or feed it to pets.

In Utah, the E. coli cases involved three females and two males, ages 9 to 84. Two patients were hospitalized. No deaths were reported, according to a recall alert sent out by the Utah Public Health Department. The onset dates in Utah cases fell between Oct. 17 and 30.

Symptoms of E. coli usually appear two to 10 days after eating contaminated food, and include stomach cramps, nausea, vomiting, and diarrhea which may contain blood. If there is a fever, it is usually not high. Most people recover within 5 to 7 days, but some cases can be severe and spawn life-threatening complications, such as emolytic uremic syndrome (HUS).

Some patients may appear to be improving before HUS develops. HUS symptoms may include decreased frequency of urination, feeling very tired, and losing pink color in cheeks and inside the lower eyelids. People with these symptoms should seek medical attention immediately. 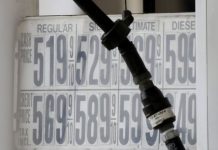