Closs was found safe Thursday, three months after her parents, James and Denise Closs, were fatally shot in their home, and the teen was abducted from the scene. Closs escaped a rural Wisconsin house, about 70 miles from her home, where she had been held. Closs approached a woman walking a dog, who helped summon police.

Smart posted about Closs on Instagram Monday morning, after a previous post the day after the teen was found. Smart’s post, which has been liked almost 11,000 times, begins: “With the miraculous escape and recovery of Jayme Closs I want her to know that it is possible to be happy again. To go through everything she has gone through, and to have lost her parents on top of it all, I hope she feels the love and support of the nation.”

According to a criminal complaint released Monday by the Barron County District Attorney, Patterson first spotted the teen when he was on his way to work, as she was getting into a school bus. Police have said the two were not known to each other.

“The defendant states, when he saw (Jayme) he knew that was the girl he was going to take,” the complaint states.

The criminal complaint comes on the same day that Patterson is scheduled to make his first court appearance in Barron County to face charges of intentional homicide, kidnapping and armed burglary.

Closs’ aunt, Suzi Allard, talked to the media about her niece:

“When she’s ready to talk she will. But we haven’t asked her anything yet. She smiles, she laughs, she talks — not a lot, you know, not a lot. And then she’ll be — she’s off into another world.”

Smart, 31, is perhaps the country’s best known kidnapping survivor, and works as an advocate and activist for other survivors. She was abducted from her bedroom in Salt Lake City in 2002 at age 14 by Brian David Mitchell, and was recognized and recovered nine months later.

“I also hope that as time passes as she is questioned in the future by people who will never understand what it is like to be a captive and to be kidnapped she never questions herself,” Smart’s post continues.

“She made all the right decisions. I have often been asked in regards to my own story questions like, ‘Why didn’t you run? Why didn’t you scream? Why didn’t you escape?’ And I always felt highly defensive about those questions because whenever a person started with the words ‘why didn’t you …’ it felt like they were saying ‘you should have …’ I did everything I had to to survive, and I don’t regret any choice I made.

“I pray Jayme never feels those feelings or gets asked those kinds of questions, but if she does I hope she remembers she is a hero, she is strong, she did nothing wrong, she is a survivor, and I will be cheering her on every step she takes!!! I also hope that this is a reminder to everyone that there are still thousands of missing children who deserve the chance of life and none of us should ever stop looking!!!!” 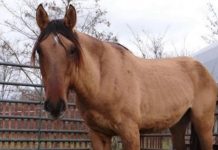 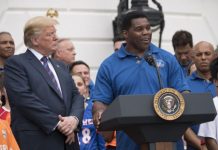