ST. GEORGE, Utah, June 15, 2017 (Gephardt Daily) — The discovery of human remains early this month about 40 miles south of St. George led to a flurry of speculation that the search for missing St. George teen Macin Smith could be over.

But Macin’s mom, Tracey Bratt-Smith, says unequivocally that neither she nor her husband, Darrin, believe that the bones are their son’s.

“I refuse to believe Macin is dead until I know otherwise,” Bratt-Smith told Gephardt Daily exclusively on Thursday.

The remains in Arizona were found by a county road employee on June 1 near mile post 22 on County Road 101, also known as Mud Mountain Road.

The Mohave County Sheriff’s Office, in a news release, described the remains as “a lower half of a human jaw and some long bones.” The term long bones is often used to describe limb bones.

The Mohave County Medical Examiner’s Office will attempt to determine a cause of death and identify the deceased. Those results are pending, and until they come in, the Smith family must play the waiting game they’ve become familiar with.

For the last almost 21 months, there have been many more questions than answers for the close-knit family.

Macin walked away from home at the age of 17 in the early morning hours of Sept. 1, 2015. April 7 marked the 19th anniversary of Macin’s birth.

“These recent findings 41 miles south of St. George this past month, I don’t believe will be Macin,” Bratt-Smith told Gephardt Daily. “I have not had this confirmed by the Medical Examiner yet, but I refuse to believe Macin is dead until I know otherwise. Darrin does not believe this would be Macin either.”

But though she is keeping hope alive, Bratt-Smith, who is a mental health therapist, says this ongoing journey is exhausting.

“Since Mother’s Day I have been feeling drained,” she said. “I’ve been trying to practice self-care and stay mentally fit for the benefit of my clients and my responsibilities, however there remains a huge void in my heart that can’t seem to be filled. I have tremendous respect for those who have shouldered grief or loss of a loved one and continue to live a robust life.”

She said her thoughts are continually pulled towards Macin every day, no matter what she is doing.

“The only time I seem to feel ‘normal’ is when I act like Macin is still very much here with us, albeit on a break or vacation somewhere else and assuming it’s just a matter of time before he let’s us know when he will return,” she said.

“As far as sightings, I had a woman contact me indicating that Macin was her neighbor and that he’s doing well and just wants to leave his past in the past. We are still trying to verify this lead. I’m cynical, but we will check on every lead until it’s confirmed or denied.”

The past almost 21 months has been the longest of Bratt-Smith’s life, as well as her family’s, she said.

Macin, the last of the Smith’s six children living at home, walked away when his parents thought he was on his way to school. He left behind his cellphone, wallet, laptop and his school binder.

Bratt-Smith and other family members have posted Facebook updates almost every day to the Help Find Macin Smith page, whose members have swelled in number to 40,574, in the hope of bringing him home. There is a $10,000 reward in place for information leading to Macin’s location.
His story was recently broadcast nationwide on an episode of Investigation Discovery Channel’s “Disappeared.” The exposure spawned numerous leads and word of potential Macin sightings, none of which have panned out.

The Smith family moved to Utah from Canada in spring 2015. Prior to that, Macin was raised in Saratoga Springs, which is west of Lehi. He started kindergarten and attended school through eighth grade in the Saratoga Springs area. 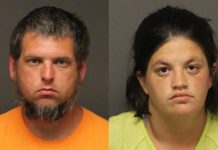