SALT LAKE CITY, Utah, Dec. 20, 2018 (Gephardt Daily) — Sam Young, the former LDS bishop who was excommunicated following his campaign to stop LDS officials’ private questioning of minors concerning sexual matters, has announced that he plans to expand his efforts for 2019.

At a news conference on Thursday, Young announced that his organization, called Protect LDS Children, will expand in hopes of protecting children of all faiths, not just those in The Church of Jesus Christ of Latter-day Saints.

Young also said he plans to publish a book documenting cases of invasive questioning and of sexual abuse of LDS children by their congregation leaders. It’s the same basic book he put presented to top leaders of the LDS faith, who “ignored it,” Young said.

In addition, young will ask people to shout the message of child protection from mountaintops, he said, adding that shouting it from hilltops and driveways will also be respected as contributing to the cause. He wants people to take photos and videos of themselves posting banners that call for the protection of children.

He hopes to have an official banner designed soon, and to make it available for free download or manufacture and purchase.

“Go climb a mountain or a driveway,” Young said, adding that he hopes to be in Salt Lake City for 11 days next year, on the anniversary of his hunger strike outside the Salt Lake Temple, to lead an effort in banner planting.

Young also told his listeners that although his organization’s effort will expand to cover potential abuses by leaders of all sects, the LDS Church will remain his most visible target. The reason is his perception that LDS Church leaders have refused to take any significant action against to correct the problem, he said.

“In the Mormon Church, they promote you.”

To see a video replay of Young’s news conference, click the player below. 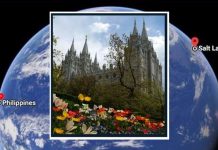 Some LDS temples to close temporarily due to COVID-19 pandemic 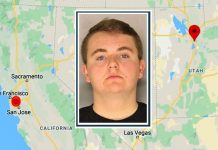