Romrell died Nov. 24, 2018 while investigating a burglary after he was struck by the fleeing suspects’ car. He was laid to rest Dec. 5.

His wife wrote an email to media outlets Wednesday:

“I’m reaching out to ask if you can help publicize an upcoming dinner/benefit concert in David’s honor.

“We’re trying to raise $50,000 so my young son and I, David’s family, friends and fellow officers can attend Police Week in Washington D.C. next month. All proceeds will go toward this goal.”

Police Week, which begins May 6 and draws in between 25,000 to 40,000 attendees every year, includes numerous events to honor officers who have died in the line of duty.

Romrell, 31, was a former Marine who joined the South Salt Lake Police Department in January 2018. He was the first officer to die in the line of duty in the department’s history.

Besides  wife Liz, he left behind an infant son, Jackson. 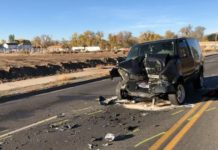 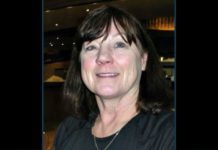 Arrest made in cold-case murder of bookstore owner Sherry Black