SALT LAKE CITY, Utah, Nov. 3, 2017 (Gephardt Daily) — The family of ChenWei Guo, the University of Utah student who was fatally shot Monday night, the victim of a  carjacking attempt, released a statement through the University late Friday.

“We are devastated by the loss of our son ChenWei, who brought immense joy into our lives and the lives of all who knew him. It is hard to capture in words his happy, positive outlook on life,” the statement reads.

“ChenWei aspired to work in the future helping others to feel better about themselves. He was outgoing, adventurous, highly intellectual and a deeply faithful member of The Church of Jesus Christ of Latter-day Saints. He was thankful to be able to share his testimony of the Savior Jesus Christ with many as a missionary in Provo.

“We are grateful for the experiences ChenWei had in Utah and at the University of Utah. We are very moved by the outpouring of support and sympathy we have received from so many of his friends and even from those who did not know ChenWei personally. These expressions of remembrance and condolence have given us comfort.

“We know many are interested in ChenWei’s story, but we respectfully ask for privacy at this time as we grieve our beloved son.”

The University added that “ChenWei was remembered and honored publicly at a candlelight vigil held on the University of Utah campus on Wednesday, Nov. 1. His funeral service is being arranged by his family through The Church of Jesus Christ of Latter-day Saints, and they appreciate continued privacy as they move forward during this difficult time.”

This is the only statement the family will make.

Guo, 23, a native of China, was shot by a suspect in a Colorado homicide case. Police took suspect Austin Boutain, 24, into custody Tuesday afternoon. Kathleen Boutain, the suspect’s wife, was in custody Monday night, and is also wanted in the Golden, Colorado, killing, police said.

Guo was a pre-computer major and a peer adviser to international students. He had served a Utah-Provo mission for The Church of Jesus Christ of Latter-day Saints, and had been at the University for a year. He was his parents’ only child. 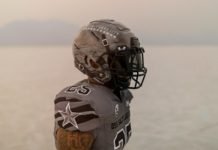