COTTONWOOD HEIGHTS, Utah, July 2, 2022 (Gephardt Daily) — The family of a Cottonwood Heights man who was shot while fleeing a CHPD officer in 2018 has reached a reported settlement of more than $4 million in its lawsuit against the city.

Victim Zane James, 19, was being pursued in connection with two grocery store robberies, and was fleeing on a dirt bike from officers of the Cottonwood Heights Police Department when then-officer Casey Davies shot James twice, ultimately leading to the teen’s death.

“The city of Cottonwood Heights’ insurance provider, the Utah Local Governments Trust, made a business decision to settle the claims of the James family relative to the shooting of their son by a Cottonwood Heights police officer with a payment in excess of $4,000,000,” says a statement released by the city.

“The shooting took place on May 29, 2018, as then-Officer Casey Davies was in pursuit of Zane James following reports of the commission of two armed robberies that left the two store clerk victims traumatized. Mr. James died two days later.

“While the city knows no amount of money will be sufficient to assuage the loss of their son, the city hopes that this settlement brings closure for all parties.”

The city does not admit liability, the statement says.

“It is important to note that nothing in this settlement admits to any wrongdoing on the part of the city or its former police officer involved with the shooting, which is consistent with the findings of the Salt Lake County District Attorney that Officer Davies was justified in the shooting and there were no prosecutable findings from their review.”

Cottonwood Heights Mayor Mike Weichers commented, “The city did not support the decision to settle these lawsuits, as we believed the cases in both federal and state courts were on a trajectory to be dismissed. Nevertheless, we respect the Trust’s decision to bring closure to this matter and to eliminate risks associated with a potential jury trial influenced by current anti-law enforcement attitudes in society today.

“We fully support our police and the very difficult job they have in keeping our community safe. We extend our sincere condolences to the James family on the loss of their son.”

District Attorney Sim Gill originally found Davies justified in his use of deadly force, but in May of this year reopened the case and ruled that Davies’ use of his police vehicle to hit James’ dirt bike was not justified.= 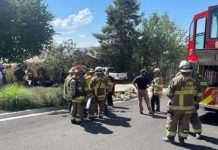 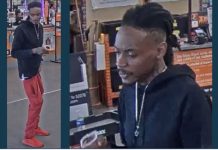 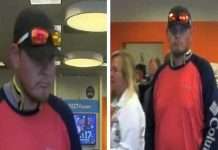