MURRAY, Utah, July 31, 2022 (Gephardt Daily) — An adult male was injured and a family of five displaced Saturday night after their Murray home was destroyed by fire.

Firefighters were first dispatched to the residence near 5739 S. Golden Drive at 8:04 p.m. When crews arrived at 8:07 p.m., they found the house engulfed in flames.

After learning that two juveniles originally reported missing had been accounted for, Deputy Fire Marshal Steven Roberson told Gephardt Daily firefighters concentrated on keeping the flames from spreading to surrounding homes and property.

“Upon arrival, our crews established those two juveniles were accounted for and there were no life-safety concerns,” Roberson said. “We did have a vehicle on fire… and a house exposed, starting to show signs of impending fire. Once that was under control, a second arriving unit went on direct fire attack, real quick.”

The adult male, who was transported to Intermountain Medical Center by ground ambulance, suffered second-degree burns. The injuries were considered to be non-life-threatening.

While the home was deemed “uninhabitable” by fire officials, Roberson said there was a silver lining with the safe recovery of two house pets; both dogs escaped the flames and were reunited with emotional family members.

Crews from Murray and the Unified Fire Authority took part in the firefighting efforts. 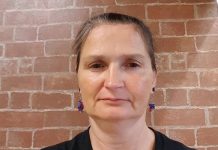