Fire crews were first dispatched to 225 W. Paramount Ave. just after 5 p.m. When firefighters arrived, they found heavy smoke and flames pouring from the building’s roof and windows.

Firefighters managed to knock down the flames, but not before a work space inside the multi-use structure was destroyed.

A worker at one of the businesses was treated on scene for smoke inhalation before being taken to the hospital for further evaluation. His condition was described as stable.

As many as 40 firefighters were called in to battle the two-alarm blaze, according to SLCFD public information officer Mark Bednarik. He told Gephardt Daily initial reports of chemicals and ammunition being stored inside the building forced the call out of a hazmat crew. Those reports turned out to be false. 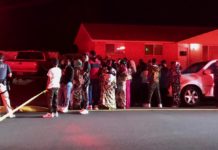 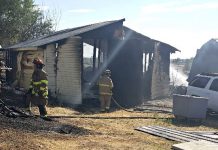