WARNING: This video contains graphic content some may find disturbing

SALT LAKE CITY, Utah, March 12, 2018 (Gephardt Daily) — A judge has released courtroom video of a deputy U.S. Marshal shooting a defendant who attacked a witness with a pen during a 2014 racketeering trial at the Salt Lake City Federal Courthouse.

The 24-second video shows Siale Angilau, allegedly a member of a Tongan Crip Gang, standing up at the defense table, picking up a pen, then running to the witness stand and launching himself over it.

An unidentified person yells “Whoa, whoa, whoa,” as the witness, who was in the process of testifying, manages to move out of Angilau’s way. The witness was a fellow gang member, officials said.

We also hear an officer yell: “Drop the pen. Drop the pen out of your hand.”

The video shows the deputy U.S. marshal, identified in court documents as Jane Doe, fire four shots at Angilau, killing the then 25-year-old.

The judge also dismissed a lawsuit brought by the Angilau family claiming excessive force in the shooting.

An FBI investigation found the shooting was legally justified. 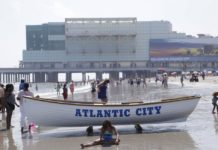 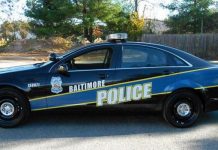