The written decision by the U.S. District Court judge means the state of Utah has the authority to withhold the $275,000 in federal money that previously was given to Planned Parenthood to help fund its $8 million per year operation.

“I appreciate today’s court decision which recognizes my ability to make contract decisions on behalf of the state,” said Utah Gov. Gary Herbert, in a prepared statement.

“As I have said, the health of all Utahns remains a priority, and I will continue to work with the Utah Department of Health, local health departments, community health centers, non­profit clinics and others to ensure access to these important services.”

Karrie Galloway, Planned Parenthood of Utah president and CEO, on Tuesday released her own statement.

“We went to court to stand up for the Utah women, men, teens, and their families who rely on Planned Parenthood for STI screenings, facts-based education programs, and other basic health care services,” Galloway said.

“The court’s decision to deny our request for an injunction is regrettable. We are reviewing next steps with our attorneys and we will be looking at every possible way to continue the critical health care and education programs that are at risk.

“But let me be clear: we are committed to providing trusted health care and education that Utahns rely on us for – no matter what.”

Herbert in August of this year ordered that federal funding to Utah stop going to the state chapter of Planned Parenthood. The governor’s order coincided with a heated national debate about how Planned Parenthood handled fetal tissue from abortions.

Planned Parenthood officials, on a national levels, have denied selling fetal tissue for a profit, which is illegal. They did accept payment to cover their costs.

“The Utah Planned Parenthood chapter has never sold fetal tissue or “participate(d) in any programs that allow its patients to donate fetal tissue after an abortion,” Galloway said in a formal declaration to the court.

Galloway also has said that Federal funds received through the state of Utah have never been used to fund abortions, but was used to fund other services.

In September, Planned Parenthood of Utah sued Herbert, arguing that his order violated the organization’s rights to free speech, equal protection, and due process.

Tuesday’s decision is in answer to the Planned Parenthood lawsuit. 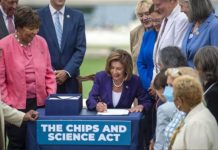