In documents filed Tuesday, the U.S. Attorney’s Office seeks the forfeiture of funds it alleges LFDS leaders took by fraud between 2011 and 2013.

Members of the polygamist community who qualified for SNAP funds were told how to use them to benefit the FLDS Storehouse.

The leaders named in the case include Lyle Jeffs, Seth Jeffs, John Wayman and Kimball Barlow, according to the court document. It also alleges that the leaders “… provided instructions on how to avoid suspicion and detection by the government.”

The petition also states that the Lyle Jeffs and the other three men “… directed members to divert their SNAP benefits to the church by purchasing food items at Meadowayne and Vermillion, and physically transporting those items to the Storehouse for donation or by converting SNAP benefits directly to fungible assets by swiping EBT cards at Meadowayne or Vermillion without the exchange of any food products.”

The FLDS community and businesses are in Hilldale, Utah, and Colorado City, Ariz. Together, the cities, which straddle the state border, are known as Short Creek. 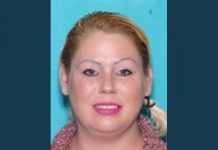