TAYLORSVILLE, Utah, April 22, 2022 (Gephardt Daily) — A 28-year-old woman was taken into custody Thursday night in Taylorsville after being located and followed by detectives from multiple agencies.

Ebet was arrested in front of a Maverik, near 4500 South and 300 West, after being followed from the Cottonwood Heights area to Taylorsville by detectives conducting a “proactive enforcement operation.”

Detectives followed the vehicle Ebet was in as a Department of Public Safety helicopter tracked it from the air. When the vehicle left the freeway and it was safer to perform a traffic stop, the detectives, along with Unified Police Department K9s, closed in.

The male driver of the vehicle was detained, but was not arrested, Miller said.

Miller said this type of multi-jurisdiction operation is not unusual when police are seeking people who have outstanding warrants. With the aid of DPS air support, detectives often saturate high-crime areas, he said, in an effort to locate the fugitive as safely and expediently as possible without having to resort to a high-speed pursuit or endanger the public in any way. 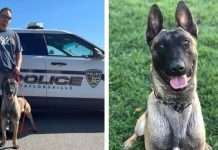