MILLCREEK, Utah, Aug. 24, 2016 (Gephardt Daily) — A Salt Lake County teen has been charged with assaulting an officer, burglary and four other crimes in connection with a Tuesday afternoon incident in Millcreek.

Police responded to a call from 1855 E. 3500 South at about 4 p.m. after a homeowner called about a burglary, saying his son was familiar with the 19-year-old suspect.

A Unified Police Department officer identified as B. Allen recorded events on an arrest fact sheet.

Allen said she located Stuart, and attempted to arrest him, but he would not comply with her orders.

“After getting one handcuff on Stuart, Stuart turned and began trying to defeat my hold on him,” Allen wrote. “As I was attempting a takedown of Stuart that I still grasped, Stuart planted his feet and swung around, throwing me across the road.”

Allen said she was not badly hurt.

“I suffered abrasions on my right knee and elbow.”

Another officer deployed a Taser at the suspect, but one prong missed him, so the Taser was not effective, Detective Ken Hansen, Unified Police Department, told Gephardt Daily.

“Stuart actively resisted arrest, but was taken into custody,” she said.

Stuart was booked into the Salt Lake County Jail on charges of burglary of a dwelling, aggravated burglary, theft by receiving stolen property, failure to stop at the command of a law officer, resisting or obstructing a peace officer, and assault by a prisoner. 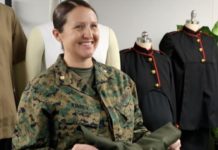 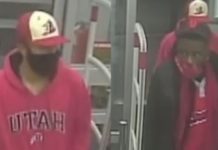 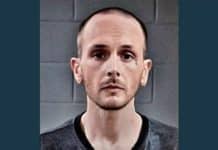