“When the first arriving engine got here, they had flames coming outside the building, so they made a quick attack, and they had it out probably in about 10 minutes,” SSLFD Battalion Chief Blaine Daimaru told Gephardt Daily.

“Right now, we think we have an idea of the origin is, but the investigators are looking at the cause right now.”

Daimaru said no one was in the building when it caught fire, and no one was injured in the fighting of the fire. Someone at another business noticed the fire and called it in, he said.

Daimaru said the damage to the structure was estimated at about $30,000, but he had no information about building contents that may have been destroyed, adding to the loss. 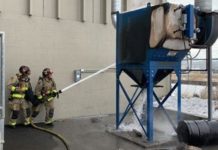 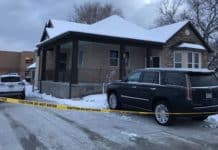