Battalion Chief for Unified Fire Authority Curtis Day said the fire started in a vehicle parked inside the garage at 4100 S. West Temple. UFA was joined by South Salt Lake and Murray Fire in fighting the blaze, which was quickly extinguished.

“We’re investigating what caused the fire right now,” said Day. “There was no one in the building. We do have the property owner on site now and we will be talking to him.”

Day said at this point the extent of the damage to vehicle and the building is not known. 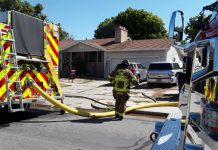 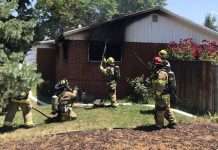