The blaze at 418 E. Milton Ave. was first reported about 7:45 p.m. with reports of a garage fire that had caused several propane tanks to vent flames 50 feet in the air.

The flames spread from the garage to an RV to an adjacent home while kicking up a plume of smoke that could be seen for miles.

Firefighters managed to knock down the blaze in about 35 minutes.There were no reports of injuries.

Neighbors told Gephardt Daily that at least one propane tank went airborne after it exploded and landed in a yard 600 feet away.

According to a news release from Salt Lake City Fire Department, a third alarm was called for, but on-scene crews managed to control the fire prior to their arrival. The fire was declared under control at 8:26 p.m.

There were no injuries. The cause of the fire is still under investigation, and no dollar estimate of damage is currently available. 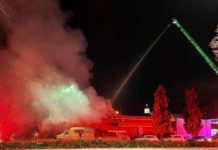 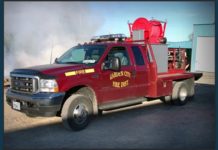 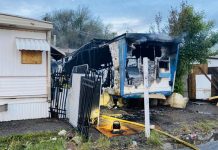