COTTONWOOD HEIGHTS, Utah, July 18, 2022 (Gephardt Daily) — A woman trapped in a back bedroom of a fully engulfed house was rescued Monday afternoon by firefighters from Unified Fire Authority and Sandy City Fire Department.

“Upon arrival, we had a single family two-story structure that was fully involved on the backside of the structure, with flames about 30 feet above the roof,” Love said of the call out.

“Prior to arrival, we were notified there was a trapped victim inside, so with that information, traveling to the scene, it heightened our senses and made us more aware of what was going on and the risks associated with this fire.”

Unified Fire was the lead agency on the two-alarm fire, and Sandy City Fire assisted. Love estimated there were 30 to 40 firefighters on the scene.

“Our crews were able to knock the fire down and quickly enter the structure, locate the victim and and pull her to rescue,” he said.

The woman suffered minor injuries, and was transported to the hospital for treatment, Love said. The fire was contained within about 30 minutes, with firefighters remaining to look for hotspots and support investigators arriving at the scene.

Love said the woman was the only resident home at the time of the fire. No firefighters were hurt during the operation, he said, and no nearby homes were damaged by the fire.

It was a great day for the firefighters, Love said. There was structural damage, “but a life was saved.”

This scenario is the kind firefighters study and practice for, Love said.

“You know, this is a call that doesn’t happen all that often for us, but it’s the sole reason why we train the way that we do. When the time comes, we need to be ready to do what is necessary to make that rescue happened. And today was that day for us.

“We’re extremely grateful for the help of Sandy City Fire Department and their quick response and the manpower that we needed to be able to make this rescue.” 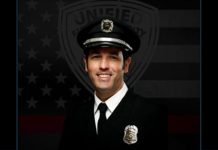 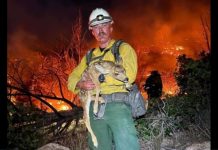 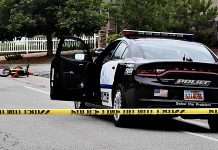