RIVERTON, Utah, May 9, 2021 (Gephardt Daily) — Unified Fire Authority crews responded to a report of smoke and flames after a vehicle crashed into a house Sunday evening on South Jake Lane.

UFA spokesman Matthew McFarland told Gephardt Daily the driver had a “suspected medical issue” and lost control of the car; however, the driver did not need to be transported to the hospital, and no one was injured in the crash.

McFarland said the home is structurally sound, but the smoke damage to the interior is significant.

The fire was extinguished in less than 20 minutes after crews’ arrival, and additional units were canceled because of the quick knock-down. 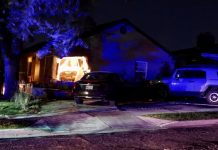 Photos: Car crashes into Salt Lake City house in middle of the night, lands in bedroom; police grateful no one was home 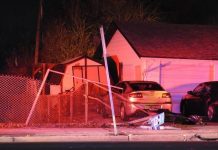 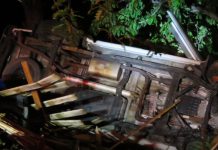