SALT LAKE CITY, Utah, Dec. 22, 2016 (Gephardt Daily) — A top member of the Fundamentalist Church of Jesus Christ of Latter-Day Saints has pleaded guilty to a single count of food stamp fraud as part of a plea deal.

John Clifford Wayman, 57, on Thursday pleaded guilty to misuse of the federal benefits. Asked by Judge District Court Judge Ted Stewart if he had been induced or threatened into pleading guilty, Wayman responded “No.” Further asked if he was pleading guilty of his own free will, Wayman answered “Yes.”

Wayman was one of 11 FLDS church members to be charged with food stamp fraud and money laundering in a case that federal agents allege cost more than $12 million in taxpayer dollars.

The charges alleged that those charged ordered FLDS Church members — who live in the polygamist communities of Hilldale Utah and Colorado City, Ariz. — to turn over their legally obtained food stamp benefits to church leaders for illegal group use.

Wayman’s attorney said that if his client had not accepted the plea deal, the defense would have been that religious freedom includes the sharing of resources.

As part of the plea deal, Wayman — a high ranking FLDS Church official — was to be released immediately, and will not have to pay restitution, serve probation, or pay a $100 fine. He also will not be charged with additional crimes related to the case.

Assistant U.S. attorney Robert Lund said the case, even with the plea deals, would send a message to the FLDS community that a “culture of fraud” will not be tolerated.

Similar plea deals have been offered to the remaining defendants in the case, excluding Church leader Lyle Jeffs, who escaped from home confinement and remains a fugitive. 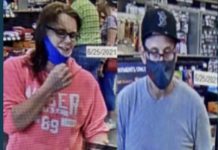