HERRIMAN, Utah, Dec. 31, 2019 (Gephardt Daily) — A former employee is facing a felony threat of terrorism charge after he allegedly left packages in front of the Herriman City Hall and made threats, causing the bomb squad to be called.

A probable cause statement from the 3rd District Court of Salt Lake County said Kurt Marlo Tolman, 60, is facing the threat of terrorism charge, a third-degree felony, and a charge of disorderly conduct — fighting/violent/tumultuous behavior, an infraction.

“On Dec. 28, the A/P (accused person) went to the gas station near his home in Herriman and caused a disturbance by attracting attention to himself while in the store and being disruptive to customers and employees which resulted in employees calling the police to respond to the location,” the statement said. “After he was at the store, the A/P drove in his vehicle to the Herriman City Hall and left packages at the front of the building.”

Tolman has been on administration leave from Herriman City and has been calling employees of the city making threats over the phones, the statement said.

“When the A/P left the packages at the City Hall Dec. 28, he called employees and made threats again causing the police department to contact the bomb squad to investigate the packages,” the statement said. “The A/P was located later at this residence and was contacted where he was taken into custody and arrested without incident.”

Tolman was transported to the Salt Lake County Jail with his bail set at $5,150. 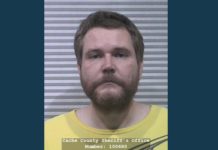 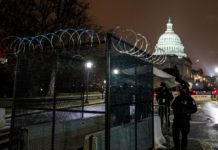