Payson Inkley will be joining singer and actor Alex Boyé, and Cami Carver, a former patient at Primary Children’s who has launched an acting career, as co-hosts of the show, said a news release from Intermountain Healthcare.

The 90-minute show will broadcast live from Vivint Smart Home Arena at 7 p.m. on Dec. 4. The show is produced by Intermountain Foundation and will be live-streamed on the festival’s website, makegoodgrow.org and the festival’s social media channels. Portions will air locally on KSL-TV. Air times and digital platforms will be announced soon.

“The broadcast will feature musical performances, stories of patients and volunteers connected with Primary Children’s, and other special guests,” the news release said. “It is the first live broadcast show in the 50-year history of the Festival of Trees, which is virtual this year due to the COVID-19 pandemic.”

All funds raised by the festival are used to support patients and families at Primary Children’s Hospital.

Payson was diagnosed with leukemia in 2017, just four days before his seventh birthday. On Oct. 8, 2019, after 889 days of fighting the disease, he finished his cancer treatments. Today, he is doing well. He enjoys performing in musical theater, sports, and spending time with his family, the news release said.

“I’m so excited to be a part of the show with Alex and Cami,” said Payson. “The show is going to be super cool, and we promise everyone it will have some big surprises. Best of all, we get to have fun while also helping kids like me who are sick and need treatment at Primary Children’s.”

The festival officially kicks off on Dec. 1, when the traditional silent auction begins for the decorated trees that are the hallmark of the annual festival.

The public can go to makegoodgrow.org to view and bid on the 150 trees on display at the arena. The festival website has already launched some interactive elements that allow viewers to build their own virtual Christmas trees, schedule a Zoom visit with Santa Claus, and shop for an array of holiday items in the festival’s virtual shops.

The Festival of Trees serves as a fundraiser to benefit children and families from across Utah and the Intermountain West who receive specialized care at Primary Children’s Hospital.

Last year’s in-person festival attracted about 100,000 people and raised about $2.6 million for the hospital. 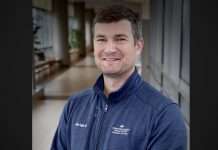 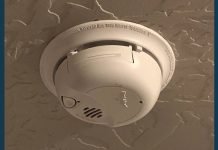