AMERICAN FORK, Utah, Jan. 11, 2017 (Gephardt Daily) – A repo man who police say used his tow truck to run a woman off the road, causing the accident that killed her, has been sentenced to prison.

Kenneth Lee Drew, 50, was sentenced to one to 15 years in prison Tuesday by Judge Robert Lunnen in Fourth District Court, followed by five years probation.

Drew pleaded guilty in November to second-degree manslaughter in the death of Ashleigh Best.

Just after midnight on May 17, Drew, who was then employed by On Demand Repos, attempted to repossess a 2002 Lincoln Navigator registered to Pleasant Grove residents Best, 35, and her husband.

Best’s husband argued with Drew, and offered to bring vehicle payments up to date. Best then jumped into the SUV and left the scene.

Charging documents also say Drew lied to police about how the accident happened. His girlfriend, who had been with him in the tow truck, told another version of events, which was confirmed by investigators who recreated the scene and accessed available surveillance video.

The chase had continued for 12 blocks, and police believe Drew drove parallel to Best, pinning her SUV between the tow truck and a curb.

After the vehicles bumped several times, Best’s SUV jumped the curb and ran into a tree, police say. First responders extricated the mother of two from the SUV, but she was pronounced dead at the scene.

Drew has a history of traffic offenses, including three convictions since 2012. 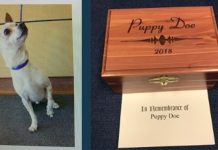 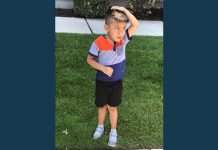 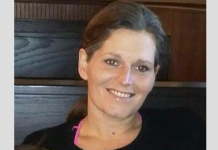