Organista, 29, accepted a plea deal and admitted to owning a Dropbox account which was used for downloading between 10 and 150 images of prepubescent minors, according to a statement from the Department of Justice, District of  Utah.

The case originated in January of 2021, after law enforcement received multiple tips that devices and accounts attributed to Organista were receiving and downloading images containing child pornography. A search warrant was executed at Organista’s residence in June of 2021, and Organista has been in custody since that time.

Prosecutors have agreed to recommend a sentence of 15 years in federal prison, which will be reviewed by a District Court Judge at the time of Organista’s sentencing, currently set for May of 2022.

Organista also faces a maximum possible sentence of a lifetime of supervised
release after his term of incarceration is served and he will be required to register as a sex offender. 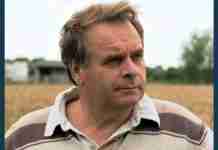