“Our thoughts and prayers to Caleb Swanigan’s family and friends,” BoilerBall tweeted. “The world lost a gentle soul last night. Love you ‘Biggie.'”

Swanigan grew up in Fort Wayne, Ind., and Salt Lake City, and experienced homelessness as a child. He went on to attend Fort Wayne’s Homestead High School and starred at Purdue from 2015 to 2017.

The consensus All-American and Big Ten Player of the Year averaged 18.5 points and 12.5 rebounds per game in his final season with the Boilermakers and was the No. 26 overall pick in the 2017 NBA Draft.

“Terribly saddened by this,” Purdue coach Matt Painter tweeted Tuesday. “‘Biggie’ had a positive influence in everyone’s life. He was such a thoughtful person and gentle soul who had to overcome so much in his life.

“He will be greatly missed.”

Our thoughts and prayers to Caleb Swanigan’s family and friends. The world lost a gentle soul last night.

Swanigan set the single-season school record at Purdue with 436 rebounds in 2016-17. He spent his NBA rookie campaign with the Portland Trail Blazers. The Blazers traded Swanigan to the Sacramento Kings in 2019. The Kings traded the power forward/center back to the Blazers in 2020.

Swanigan made 75 appearances over five NBA seasons. Swanigan went on to record songs as a music artist, under the name Slyy5jackk.

We are heartbroken by the passing of former Trail Blazers player Caleb Swanigan. Our thoughts and prayers are with Caleb’s family, friends and all who loved him.

Multiple police agencies on scene of 700 East near 800 South; suspect in custody 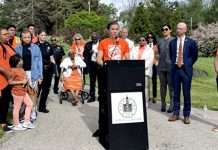