Nehring died Friday of complications from previous treatment for cancer, it was announced Saturday.

He was born in Fond du Lac, Wisconsin, and grew up Michigan.

He graduated from Cornell University with a B.A. in history and received his law degree from the S.J. Quinney College of Law at the University of Utah.

Nehring began his professional career with Utah Legal Services. He was appointed to the Utah Supreme Court by Gov. Michael Leavitt in 2003, after eight years on the Third District Court bench. He retired from the court in February 2015.

“Ron was a judge’s judge. He treated all who appeared before him, and all with whom he worked, with unwavering dignity and respect. He had a rock-solid commitment to justice. His opinions were always thoughtful and elegantly written. He was the kind of person, the kind of judge, we all should aspire to be.”

He is survived by his wife, Kristina, and three children. 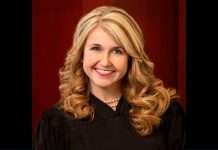 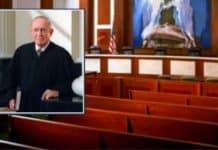