He was charged in March with sexual assault.

In charges filed by the Carbon County Attorney’s Office, the probable cause statement says Bradley “reported to Wellington City that he was entitled to overtime pay for certain days he claimed to have worked between Aug. 28, 2020, and Sept. 11, 2020. Defendant was paid by Wellington City for the overtime he claimed during this period.

“Defendant also submitted claims for reimbursement on behalf of Wellington City to the Utah Highway Safety Office for some of the overtime he was paid, claiming that he had participated in the Highway Safety Office’s grant program that reimbursed law enforcement officers for working four-hour ‘speed shifts’ for the primary purpose of enforcing speeding and other traffic laws.”

Law enforcement activity during the speed shift was required to be entered in the Highway Safety Office’s “GEARS” online reporting system, including, among other things, the number of cars stopped and the number of citations issued. Pay or reimbursement requests could also be made through the city or through the Gears online system, the statement says.

“In fact, Defendant claimed and was paid overtime from Wellington City for certain days during which he did not actually work any overtime, including days for which he sought reimbursement through the GEARS program for overtime speed shifts,” the statement says.

“Defendant also reported through the GEARS program that he made more traffic stops and issued more citations during the speed shifts than he actually did. Defendant used Wellington City equipment, including computer equipment, to make and communicate falsified overtime claims to Wellington City, and to make and communicate to the State of Utah falsified GEARS activity reports and reimbursement claims.”

On March 17 of this year, Bradley was charged:

The charges, stemming from a Dec. 8, 2020 incident, involve alleged unwanted touching of a county employee, witnessed by a Carbon County deputy in addition to the victim, Bradley’s probable cause statement claims.

A pre-trial hearing is set for mid-August, and a jury trial is tentatively scheduled for October.

Gephardt Daily will have more information as the cases develop. 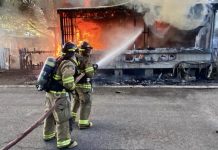 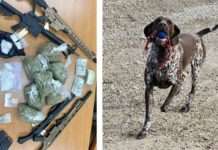 Police: Suspect arrested in East Carbon with $59K in cash, about $45K worth of meth