The care center alerted police to Starzel’s disappearance at approximately 10:30 p.m., when she could not be located.

She was found in Midvale at about 3 p.m. Tuesday.

A press release from South Salt Lake Police said: “Diana Starzel was found safe and well and did not wish to return to the care facility.”

Gephardt Daily will have more on this developing story as it becomes available. 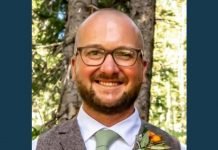