Occupants of the house, including Michael Hodges, Tara Hodges, Kirk Johnson, Edmond “Cass” Edmonds and Fredrick Carter, were arrested on various criminal charges. The bail for Michael Hodges was set at nearly $200,000.

Items found and seized by officers included a substantial quantity of drugs and a large number of firearms. 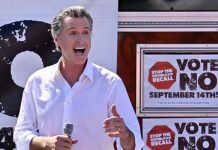 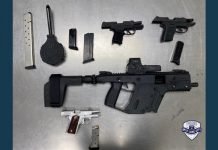