FRUIT HEIGHTS, Utah, Aug. 21, 2018 (Gephardt Daily) — A toddler is in stable condition after being transported to Primary Children’s Hospital by medical helicopter following a near-drowning in Fruit Heights on Tuesday afternoon.

A news release from Davis County Sheriff’s Office said a family member called 911 to report a drowning in the area of 1180 Bella Vista Drive at approximately 2:40 p.m.

“Family members found a toddler unconscious not breathing in a backyard pool,” the news release said. “911 was activated and family began CPR.”

Davis County Sheriff’s Office paramedics along with Kaysville Fire responded and took over life-saving measures. EMS crews were able to revive the toddler, who was transported by medical helicopter to Primary Children’s in Salt Lake City in stable condition.

“EMS credits the family for knowing and preforming CPR as they activated 911,” the news release goes on. “Because of the quick actions of the family and early access to 911, this toddler is in stable condition at this time.”

The toddler was not identified and officials did not disclose the gender or exact age of the child.

According to the Safe Kids Worldwide website, among preventable injuries, drowning is the leading cause of death for children 1 through 4 years old. Click here for water safety tips in and around the home. 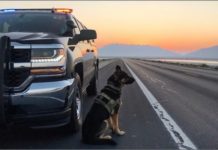 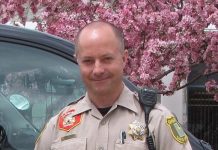