UINTAH COUNTY, Utah, Jan. 18, 2022 (Gephardt Daily) — The Uintah County Sheriff’s Office has taken a fugitive into custody after a chase and a multi-day search.

The suspect was observed by deputies at a residence in Jensen on Sunday, a statement from the department says.

“When they attempted contact with the subject, identified as Robbie Trujillo, he got in a truck pulling a small utility trailer and fled from deputies. Deputies pursued Trujillo south on Redwash Road and then north on S.R. 45 at speeds that ranged between 65 and 95 mph.”

On State Route 45, “Trujillo went off road and drove through sagebrush as he continued to flee from deputies. At that time the pursuit was discontinued. Trujillo ultimately drove his vehicle off a steep embankment near the Green River where he abandoned it and fled on foot.”

Several agencies, including Naples Police, Utah Highway Patrol, Department of Public Safety, and the BLM searched for Trujillo late into Sunday night and all day Monday.

On Tuesday, Uintah County Search and Rescue joined in the search for Trujillo, fearing that he may have been incapacitated or injured after he fled.

At around 11:30 a.m. Tuesday, Trujillo was seen walking along State Route 40, just outside Vernal, about 11 miles from where he left his vehicle, the UCSO statement says.

Deputies responded to the area and took Trujillo into custody without further incident. He will be held on the outstanding warrants for his arrest as well as new charges resulting from him fleeing from deputies. 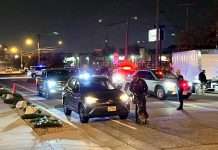 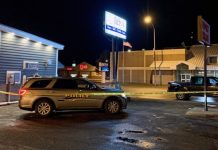