ROY, Utah, June 27, 2018 (Gephardt Daily) — A fugitive who officials say threatened law enforcement officers is in custody after he was captured in Roy.

Tyce Loftus, 26, was taken into custody by the Violent Fugitive Apprehension Strike Team and the U.S. Marshals Service. He was wanted on a parole warrant.

“He was made a priority when information was obtained he was going to kill the next LEO (law enforcement officer) he came in contact with,” says a statement from VFAST and USMS.

“VFAST tracked Tyce down in Roy, Utah. He was taken in to custody without incident.” 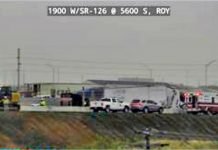 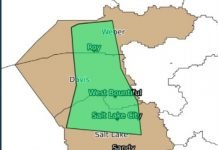