The brothers are Rylie and Sage Snow, ages 16 and 17, who died early Friday morning when their car crossed a center line and hit an oncoming vehicle, head on.

The female driver of the westbound SUV sustained minor injuries, but was taken to the hospital as a precaution.

Matheson said slick roads and poor visibility may have been factors in the deadly accident, but stressed the investigation was just beginning. He said there was no overt evidence of impairment, but it would take weeks for toxicology reports to be returned.

The GoFundMe account  was set up by a family friend and confirmed as legitimate by the boys’ mother. It describes their mother as a hardworking single mom who made her children her top priority.

“She would do anything for her kids,” the statement says. ” I know that phrase gets used a lot but I truly have never met a mom like her. Sage and Rylie brought so much purpose to her life. She would drop anything to be there for any of them and make sure their needs were met. Being a single working mom has been so hard on her, but she always made sure they were still her top priority and found a job that could allow her to still be there for them.

“Her boys were great at lessening her burdens and helping fix things when they would break. Rylie will especially be remembered for this because he often did it without even being asked,” the statement says.

“I’m so grateful to have know such wonderful boys. Rest In Peace.” 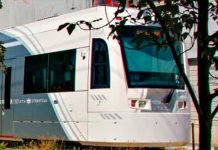