SALT LAKE CITY, Utah, Aug. 18, 2021 (Gephardt Daily) — Country superstar Garth Brooks has made the decision to cancel the rest of his red-hot stadium tour, now that the number of COVID-19 cases is spiking dramatically across the country.

Brooks made the announcement in a statement Wednesday.

“Since restarting the tour in July, The Garth Brooks Stadium Tour has entertained over 300,000 fans across the first five cities. Now, with a new wave of the COVID-19 virus spreading across the nation, the tour has arrived at the very difficult decision of cancelling and refunding approximately 350,000 tickets in the tour’s next five cities.”

The decision to pull the plug means his epic sold-out July stadium show in Salt Lake City last month may have been among his last. Those who saw it will be able to say the witnessed a bit music history.

Brooks played to a crowd of more than 50,000 fans at Rice-Eccles Stadium on July 17 in the city’s first mass live music venue since the pandemic began. The show sold out in just 30 minutes and made Ticketmaster history.

Brooks told reporters at a pre-concert press conference he lamented not adding a second show in Salt Lake City when he realized how many Utah fans were eager to see him. Part way through the actual performance, Brooks said he would like to play another date at Rice-Eccles in 2022.

The odds of that happening now seem pretty remote.

For ticket holders to those shows which have been cancelled, no action is required to obtain a refund; Ticketmaster will issue a refund to the original method of payment used at time of purchase.

Brooks said of the news: “In July, I sincerely thought the pandemic was falling behind us. Now, watching this new wave, I realize we are still in the fight and I must do my part. I have asked the wonderful cities of Cincinnati and Charlotte to wait too long and I don’t want to now do that same thing to the great folks in Boston and Baltimore. As far as Nashville, we are looking for a make-up date from the July rain out and though this is not COVID related, to make them wait makes me sad, as well. So, it is with a heavy heart we announce the decision to cancel all five shows but with a hopeful heart, we will reschedule and start over when this wave seems to be behind us.”

Brooks added: “The joy I have seen in everyone’s faces as live music returns has been more than worth our constant diligence to maintain safety protocols not only for the fans, but for our band, the crew and the hard working staff in these stadiums. Their dedication to safety for the people who fill those seats has been a miracle to watch and a blessing to receive. I am truly grateful.”

A spokesperson for the tour said the team will continue to monitor the virus’ impact and watch how schools, sports, and other entertainment entities are handling this stage of the pandemic.

“I’m sincerely hoping we are back on tour before the year’s end,” said Brooks. “With that said, the most important thing to me is fulfilling my end of the Stadium Tour by making sure every show is doable before putting tickets on sale; that is why we pulled the Seattle on sale, and making sure the environment these people are trading their time and money to put themselves into is not only the best experience ever, but also the safest one we can provide.”

Brooks opened the tour in Las Vegas, Nevada on July 10, then played Cheyenne, Wyoming the week after Salt Lake City on July 23. He then announced Aug. 5 that after playing Kansas City, Missouri on Aug. 7 and Lincoln, Nebraska on Aug. 14, he and his team would assess where the remainder of the dates this year stand due to the resurgence of the COVID virus.

Brooks said at that time, “It breaks my heart to see city after city go on sale and then have to ask those sweet people and the venues to reschedule… It’s humbling to see people put this much faith in you as an artist, and it kills me to think I am letting them down.”

Brooks and his family are no strangers to COVID-19. His wife Trisha Yearwood tested positive for the disease in March 2021, losing her ability to taste and smell. Brooks managed to avoid the infection and was her caregiver throughout the ordeal. Now, he and Trisha are both vaccinated, something Yearwood referred to as a “gift from God” on her Instagram page.

Band members, roadies and the production team are also vaccinated, and have all agreed to abide by Centers of Disease Control recommendations, including guidelines on when to wear masks, and when to take part in social distancing.

Brooks’ team also strives to adhere to local health mandates, including those newly recommended in the fight against the Delta variant. It was announced Aug. 4 that the 70,000 fans who attend the show at Arrowhead Stadium in Kansas City on Saturday Aug. 7, — whether they are vaccinated or not — were required to wear masks and social distance in all enclosed areas, including concession stands.

Brooks spoke to reporters in Salt Lake City about the strain of not being able to perform during the pandemic and how it’s made them all the more determined to stay safe and help make COVID-19 something that no longer rules our lives.

“It was tough,” he said. “But in our world, tough is nothing compared to what it was to a lot of people. But because of Facebook Live and CBS, we got to play music, me and Miss Yearwood did. People come up to you and say ‘thank you for what you’ve done during this time.’ It’s the other way round. I got to play music, right? That’s the greatest thing. The only thing bad was we didn’t get to play it in front of people.”

Brooks said that when he started the first show of the stadium tour in Las Vegas in July, “Then you realize what you’ve missed, because you get to hear THEM sing. They say ignorance is bliss, right? So for me, I didn’t know how much I missed it, until you get to hear those voices, you get to see that face. And I don’t think it was for Garth Brooks, I think it was the joy of being together. Because as people, I think that’s what we are supposed to do, is to be together.”

For the latest information on Brooks’ tour, click here.

To read my review of Brooks’ Rice-Eccles performance, click here. 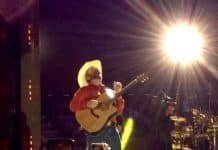 Garth Brooks may end tour due to COVID-19 spike; epic Salt Lake City stadium concert could be among his last 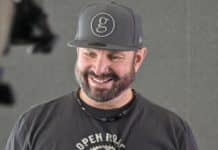 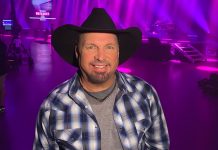